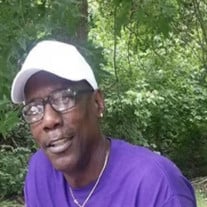 Anthony Glenn Jefferson was born on August 19, 1958, to Horace Jefferson and Marjorie Clemons in Indianapolis, Indiana. Both parents along with his maternal grandparents McKinley and Bettie Clemons and his paternal grandparents Glenn and Elsie Jefferson preceded him in death. He was the second oldest of his siblings and was affectionately known as “Tony” by his family and friends. Anthony was a notable and honorable man who believed in God and allowed his faith to continue to guide him through life’s ups and downs. To all, he was a beloved father, grandfather, great-grandfather, brother, uncle, and friend. He loved the fact that he was the only boy of the siblings and although not the oldest, he was still seen as “Big Brother” and always saw himself as “the protector” over his four sisters. He exemplified strength and wisdom whenever it came to giving advice to family and friends. Tony professed his hope in Christ at an early age. He was educated in the St. Louis Public School System and graduated in 1976. After graduation, Tony joined the United States Army and served until he was honorably discharged. In 1977 Tony met Anita Johnson. On December 25, 1978, they were united in Holy Matrimony and to this union, two daughters, Toni Jefferson and Sharonda Sherice Jefferson were born. Anthony moved to Kansas City, MO in 2006. In 2007, he became employed by the Salvation Army ARC as the Dock Foreman where they affectionately referred to him as “AJ”. With hard work and dedication, he moved up the ranks and was promoted to Warehouse Supervisor. He served them with dignity and pride for 14 years until his health began to fail him and he retired on January 31, 2021. Tony was a sports fanatic. He loved his basketball, football, and baseball and you could always find him every Sunday, Monday, or Thursday night in front of the TV catching the games and not wanting to be disturbed. He loved playing his PlayStation and partaking in his ritual night snack of cookies and ice cream. He believed in staying fit and you could always find him working out in the gym. His arms were so strong that when he squeezed you, you could feel his love being poured into you. On February 3, 2021, God decided that the battle was no longer his to fight and he called him home to give him rest. He leaves to cherish his memory his wife – Mrs. Anita Jefferson, St. Louis, MO; two children – Ms. Toni Jefferson and Ms. Sharonda Howard both of St. Louis, MO; siblings – Ms. Sharon Hildreth, Ms. Stephanie Jefferson both from Minneapolis, MN, Ms. Angela Woods, Wentzville, MO, Mrs. Monica Buren (Eddie), St. Louis MO; five grandchildren – two great-grandchildren and a host of nieces, nephews, cousins, and friends. Anthony leaves a legacy of love, kindness, and laughter that will encourage and guide his loved ones for many years.

The family of Anthony Glenn "Tony" Jefferson created this Life Tributes page to make it easy to share your memories.

Send flowers to the Jefferson family.