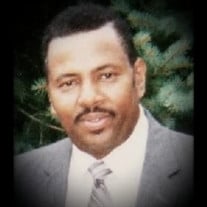 Charles Everett “Charlie” Matthews Sr. was born November 13, 1943 in Farmington, Missouri to Lynn Otis “Skip” Matthews & Mary Imogene (Staten) Matthews. He attended Douglas Elementary School and graduated from St. Joseph High School in 1961. Charlie worked at Trimfoot, the local shoe factory, married, and had a child, Charles Everett Matthews, Jr. (Charlie, Jr., or Chill or, Matt) in 1964. Sadly, that marriage did not last. In 1968, Charlie and his young son moved to Saint Louis, Missouri. In 1969 while working as an insurance adjuster full-time, a driving instructor part-time, and raising a toddler, Charlie met and fell in love with his wife of forty-seven years, Sharron Elizabeth Stewart. They were married in 1971 and remain so. In 1972, Alexandra Denise Matthews (Dee Dee), Charlie and Sharron’s second child, was born. Charlie and Sharron were blessed with two amazing children who are, and have always been their pride and joy. Charlie landed a job at St. Louis Beer Sales in the mid-1970’s where he remained for 30+ years. During his children’s formative years, Charlie attended many dance recitals and gymnastics meets. He coached little league and was Co-President of the PTA at his children’s elementary school. It was here that Charlie met Joe and Pat Cross, with whom he and Sharron became the best of friends. It was Joe who introduced Charlie to League Bowling. Charlie became an avid and extremely skilled bowler. While excelling at the game, he was involved in and participated in numerous philanthropic aspects and efforts; Leagues, Clubs, Associations, etc. While cultivating a plethora of amazing friends. Charlie achieved numerous titles & award for his bowling “exploits” and earned the nickname (only one of many) “Junkman” for his skillful shot-making abilities! Though health issues prohibited him from continuing to bowl, he remained on the roster and an integral part of one of his many Teams over the years; acting as Captain. He also continued his involvement with the Leagues, Organizations and people who were so near and dear to him. He considered them his second family. Bored with retirement, in 2008, Charlie began working at Delmar Gardens Enterprises/Family. He enjoyed being around his good friend, Gabe and others, with whom he cultivated friendships. Charlie practiced his faith and belief in God in his own way, every day. He resumed attending regular church services, in recent years, here at Grace Church. He discovered a new and profound peace, greater strength and wholeness which he embraced & for which he was so very grateful. Though next to the youngest of seven, he was always the one the family relied on for strength in times of trouble, grief, etc. He was the “Go-To-Guy!” Whether you knew him as Charlie, Chas, Chuck, Unc, The Governor, The Capper, Mr. C, etc. he always did what he said he would do, if you needed him, he was there. Love, Strength, Commitment, that was Charlie. Well Loved and Respected, that was Charlie. Charlie’s most cherished accomplishments are his two children whom he raised to live their lives with dignity, grace, love, strength and loyalty. Charlie will be missed more that words can express and his memory will forever be cherished: by his wife Sharron Matthews; son Charles, Jr., (Pamela), and grandson Cortney; daughter Alexandra Matthews (Brian Muhammad); brother William “Bill” Matthews, Sr.; sister Betty King (Curtis); sister-in-law Kathy (Thomas); aunt Bettye J. Reed . . . and a host of nieces, nephews, cousins, other relatives, and friends.

The family of Charles Everett Matthews created this Life Tributes page to make it easy to share your memories.

Send flowers to the Matthews family.