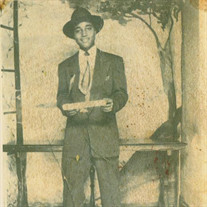 Constant Franklin was born on 7/23/1936 in Greenville, MS. He was the only child of the union of Creola Valentine and Arthur Franklin. Constant was raised in the home of his aunt Elnora King. His early years were blessed, surrounded by an abundance of family and friends. These were challenging times for African Americans, more so in the South. Looking for opportunities Elnora with young Constant in tow caught a train North and arrived at Union Station in St. Louis MO. They settled in North St. Louis. Constant graduated from Patrick Henry Grade School and Washington Technical High School in St. Louis. At Washington Tech Constant participated in boxing, football and baseball. Everyone knew him by his nickname, Punchy. He was a member of the 1954 Washington Tech football team who were the Illinois and Missouri area High School Football Champions. Constant loved baseball. He was a catcher and captain of his High School team. He played professionally for the St. Louis Monarchs. The St. Louis Cardinals invited him for a try out and he did well, but was underage. The Cardinals asked him to return the following year, but before he could he suffered a career ending injury to his throwing arm. Constant achieved an Associate Degree in Electrical Technology and was hired by the City of St. Louis in 1967. Constant was one of the first African Americans electricians employed by the city of St. Louis and the first assigned to work in the Grand Plaza area that encompasses City Hall, the Civil Court Building and the Old Court House. He later passed licensing requirements and became a Certified Electrical Contractor. This allowed Constant to achieve his boyhood dream of establishing Franklin Electrical LLC. The business developed a broad and deep customer base. As an entrepreneur his motto was “do it right the first time.” One of the joys of Constant’s life was serving on the Washington-Handley Tech Alumni Association. A group of men and women dedicated to preserving Washington-Handley Tech’s reputation for excellence and fellowship. Constant and Marilyn Franklin (Vaughn) were married in 1956. They had 4 children Stephine Franklin, Anthony Franklin, Darryl Franklin and Andre Franklin. One daughter in law Leona (Lisa) Franklin. They have one grandchild, Anthony Franklin, and 2 great grandchildren Nyilah Franklin and Kaliyah Marilyn Franklin.

Constant Franklin was born on 7/23/1936 in Greenville, MS. He was the only child of the union of Creola Valentine and Arthur Franklin. Constant was raised in the home of his aunt Elnora King. His early years were blessed, surrounded by an abundance... View Obituary & Service Information

The family of Constant Franklin created this Life Tributes page to make it easy to share your memories.

Send flowers to the Franklin family.